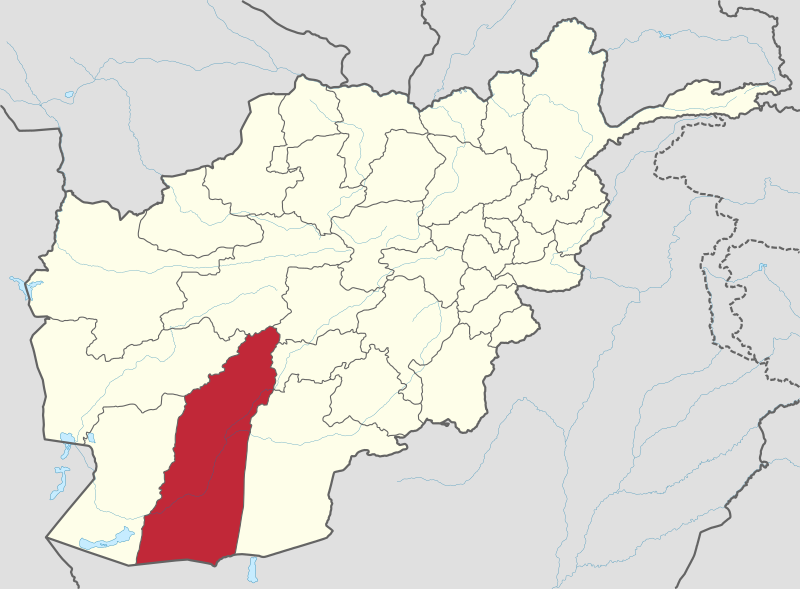 Helmand, also known as Hillmand, in ancient times, as Hermand and Hethumand, is one of the 34 provinces of Afghanistan, in the south of the country. It is the largest province by area, covering 58,584 square kilometresarea. Also, geographically and politically it is known as one of the important provinces in Afghanistan specially for Taliban because its climate is suitable for the cultivation of a wide range of crops, including the opium that contributes greatly to the Taliban's finances. The province contains 13 districts, encompassing over 1,000 villages, and roughly 1,446,230 settled people. Lashkargah serves as the provincial capital.