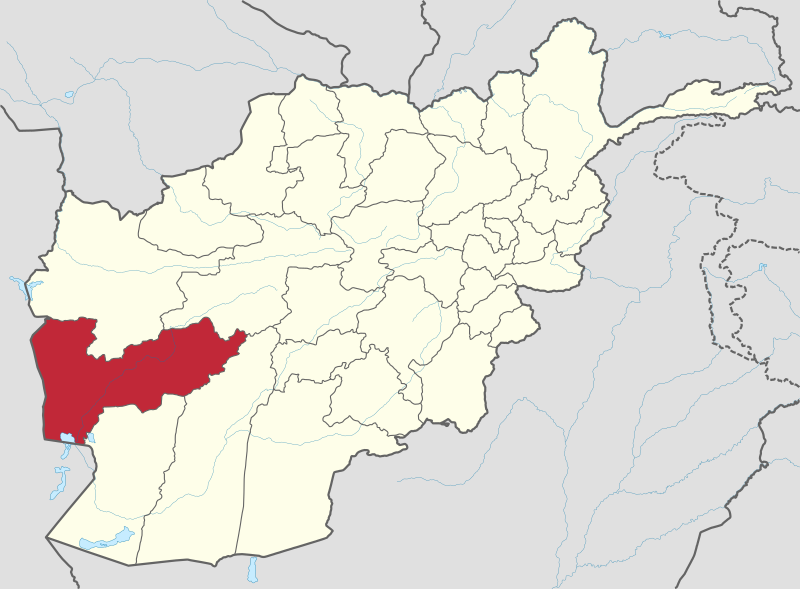 Farahis one of the 34 provinces of Afghanistan, located in the southwestern part of the country next to Iran. It is a spacious and sparsely populated province, divided into eleven districts and contains hundreds of villages. It has a population of about 563,026, which is multi-ethnic and mostly a rural tribal society. Farah's population is dominated by Pashtuntribesmenalthough Tajiks and a small minority of Shi'a Hazaras can also be found in the countryside. The Farah Airport is located near the city of Farah, which serves as the capital of the province. Farah is linked with Iran via the Iranian border town of Mahirud. The province famous tourism sites include Pul Garden, New Garden, Kafee Garden, shrine of Sultan Amir and Kafer castle are from sightseeing places of Farah province [1]