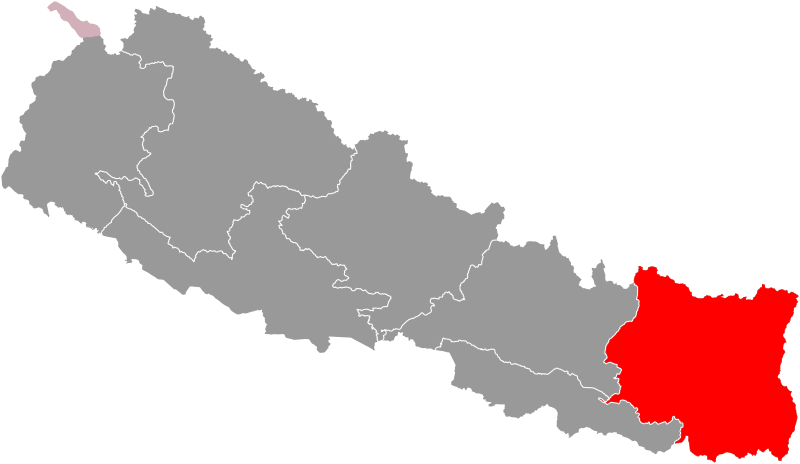 Province No. 1 is the easternmost of the seven provinces established by the new constitution of Nepal which was adopted on 20 September 2015. The province covers an area of 25,905 km2, about 17.5% of the country's total area. With the industrial city of Biratnagar as its headquarters, the province covers other major eastern towns including Birtamod, Birat Chowk, Damak, Dharan, Itahari, Triyuga and Mechinagar and includes several mountains including the Everest, Kanchenjunga, and Ama Dablam. Koshi – the largest river of the nation, circumvents the province's western boundary. Adhering to the first-past-the-post voting system issued by the Constituency Delimitation Commission, the province hosts 28 parliamentary seats and 56 provincial seats.