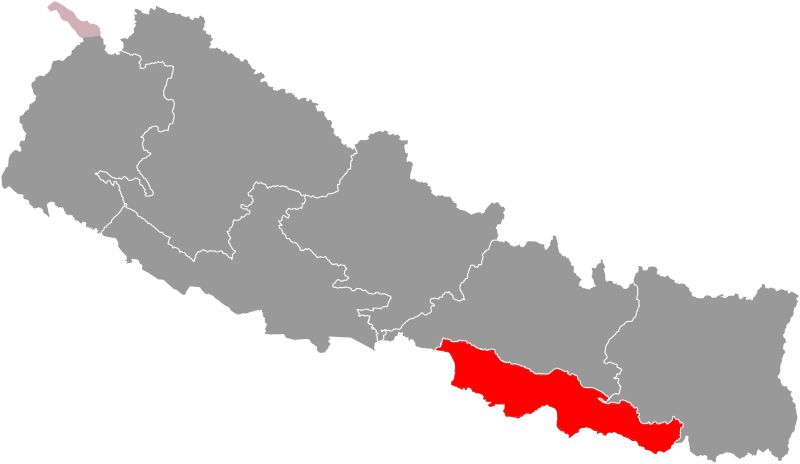 Madhesh Provinceis a province in the southeastern region of Nepal that was formed after the adoption of the Constitution of Nepal. It is Nepal's most populous province, and smallest province by area. It borders Province No. 1 to the east, Bagmati Province to the north, and India’s Bihar state to the south. It has an area of 9,661 km2 -about 6.5% of the country's total area. It has a population of 6,126,288 as per the 2021 Nepal census, making it the most populated province of Nepal.