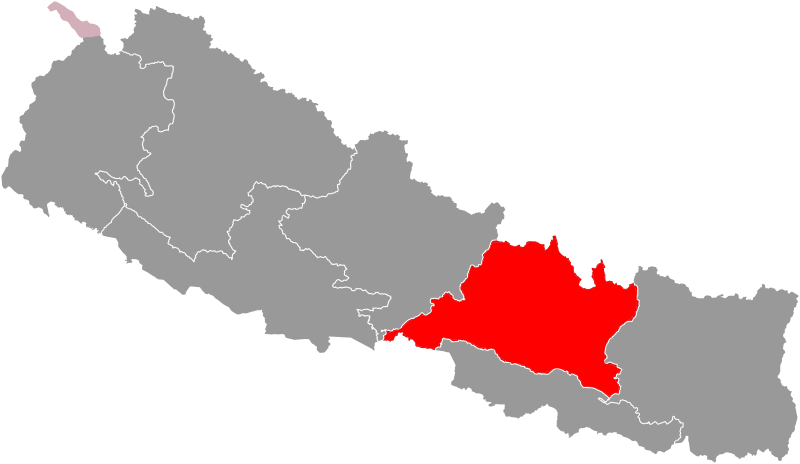 Bagmati Provinceis one of the seven provinces of Nepal established by the constitution of Nepal. The province is Nepal's second-most populous province and fifth largest province by area. Bagmati is bordered by Tibet Autonomous Region of China to the north, Gandaki Province to the west, Province No. 1 to the east, Indian state of Bihar and Madhesh Province to the south. With Hetauda as its provincial headquarters, the province is also the home to the country's capital Kathmandu, is mostly hilly and mountainous, and hosts mountain peaks including Gaurishankar, Langtang, Jugal, and Ganesh.