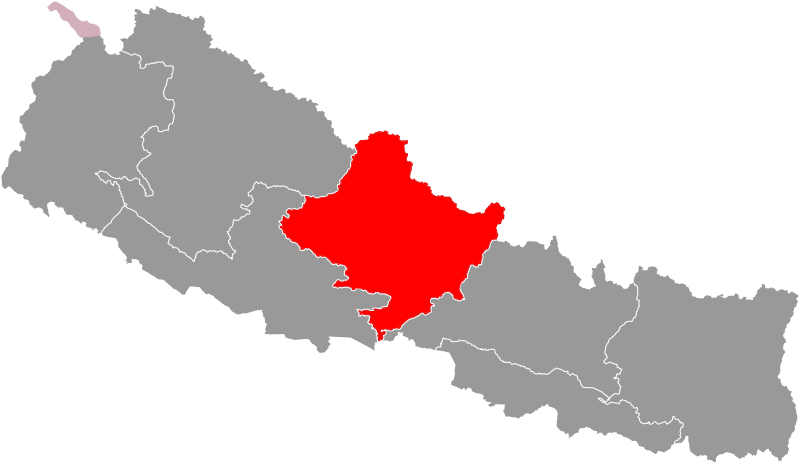 Province No. 4 is one of the seven federal provinces established by the current constitution of Nepal which was promulgated on 20 September 2015. Pokhara is the province's capital city. It borders the Tibet Autonomous Region of China to the north, Bagmati Province to the east, Karnali Province to the west, and Lumbini Province and Bihar of India to the south. The total area of the province is 21,504 km2 - about 14.57% of the country's total area. According to the latest census, the population of the province was 2,403,757. The newly elected Provincial Assembly adopted Gandaki Province as the permanent name by replacing its initial name Province no. 4 in July 2018. Krishna Chandra Nepali is the present chief minister of Gandaki Province