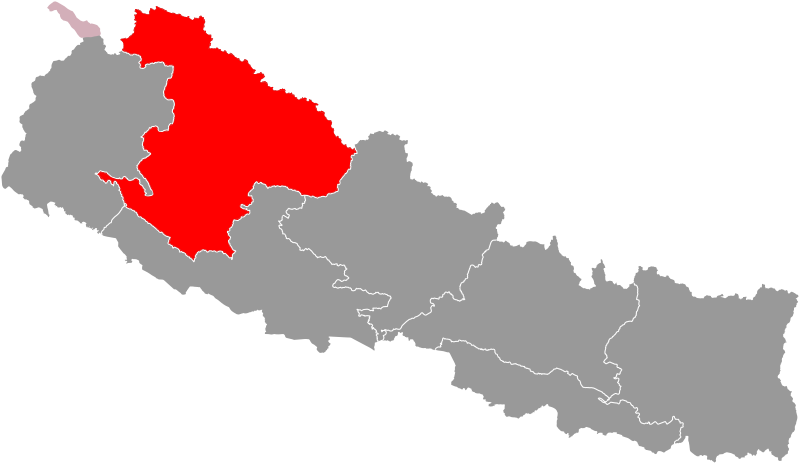 Karnali Provinceis one of the seven federal provinces of Nepal formed by the new constitution which was adopted on 20 September 2015. The total area of the province is 27,984 square kilometrescovering 18.97% of the country, making it the largest province in Nepal. According to the 2011 Nepal census, the population of the province was 1,570,418, making it the least populous province in Nepal. It borders the Tibet Autonomous Region of China to the north, Gandaki Province to the east, Sudurpashchim Province to the west, and Lumbini Province to the south. Birendranagar with a population of 154,886 is both the province's capital and largest city.