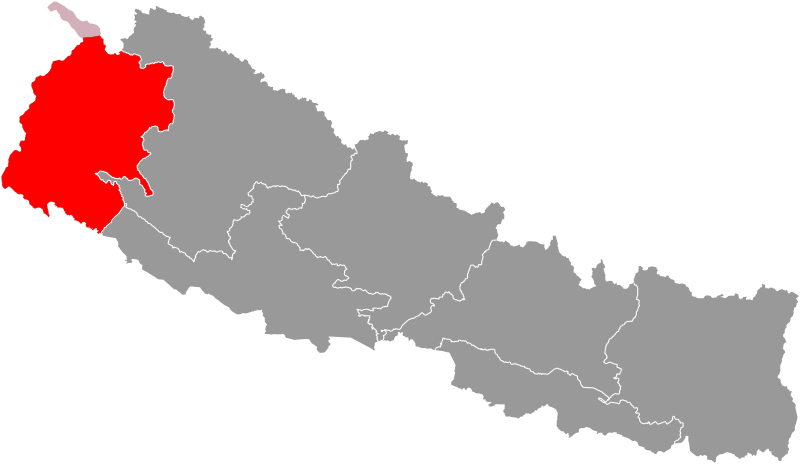 Sudurpashchim Province is one of the seven provinces established by the new constitution of Nepal which was adopted on 20 September 2015.It borders the Tibet Autonomous Region of China to the north, Karnali Province and Lumbini Province to the east, and the India's Kumaon to the west and Uttar Pradesh to the south. The province covers an area of 19,539 km2 - about 13.22% of the country's total area. Initially known as Province No. 7, the newly elected Provincial Assembly adopted Sudurpashchim Province as the permanent name for the province in September 2018. As per a 28 September 2018 Assembly voting, the city of Godawari has been declared the capital of the Province. The province is coterminous with the former Far-Western Development Region, Nepal. The three major cities in terms of population and economy are Dhangadhi, Bhimdutta, and Tikapur.