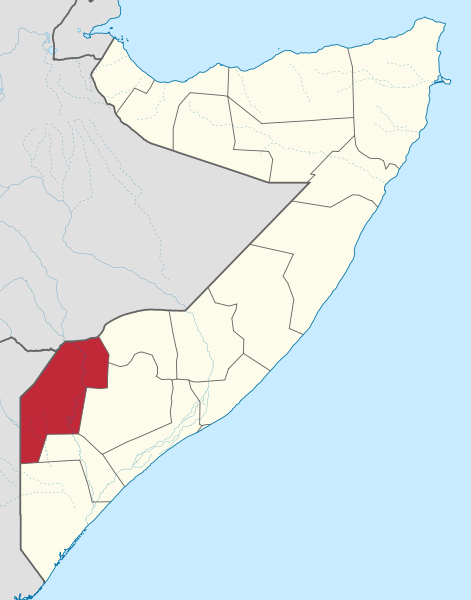 Gedois an administrative regionin Jubaland, southern Somalia. Its regional capital is Garbahaarreey. It was created in 1974 and is bordered by the Ogaden in Ethiopia, the North Eastern Province in Kenya, and the Somali regions of Bakool, Bay, Jubbada Dhexe, and Jubbada Hoosefurther down east. The southern parts of Gedo, west of the Jubba River, used to be part of the old British Trans-Juba region during half of the seventy years of colonial era in Africa from 1890 to 1960. The British and Italians fought twice over this area. The first democratically elected governor of the administrative region was Hussein Farey, who entered office in 2008.