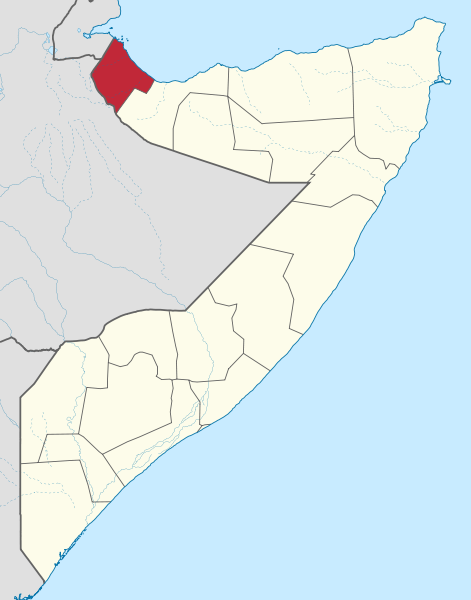 Awdal is an administrative regionin western Somaliland. It was separated from Woqooyi Galbeed and became a province in 1984 and is the most northwesterly province of Somaliland. To the east it borders Maroodi Jeex and Sahil; to its north-west it borders Djibouti; to its south and south-west lies Ethiopia; and the Gulf of Aden to its north. The province has an estimated population of 673,263. The region comprises the four districts of Borama, the regional capital, Baki, Lughaya, and Zeila.