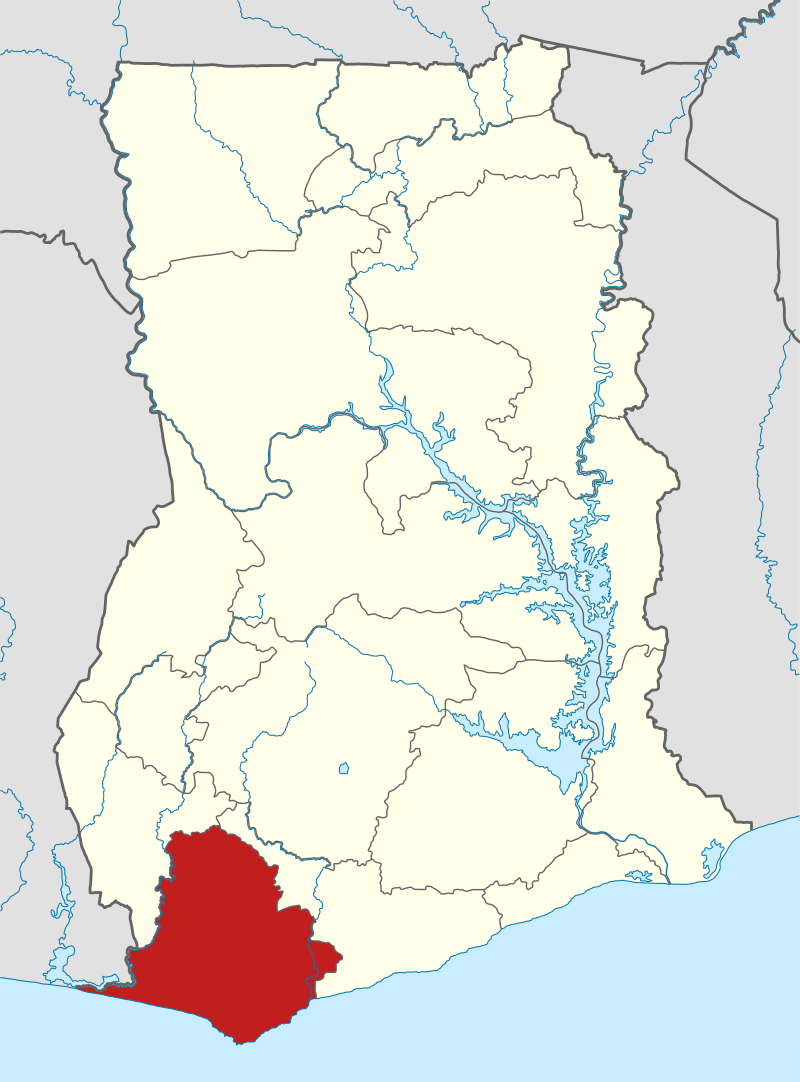 The Western Region is located in south Ghana, spreads from the Ivory Coast (Comoé District) in the west to the Central region in the east, includes the capital and large twin city of Sekondi-Takoradi on the coast, coastal Axim, and a hilly inland area including Elubo. It includes Ghana's southernmost location, Cape Three Points, where crude oil was discovered in commercial quantities in June 2007. The region covers an area of 13,842 sq. km, and had a population of 2,060,585 at the 2021 Census.